“Passive-aggressive behavior is characterized by a pattern of passive hostility and an avoidance of direct communication”, says Wikipedia.

One specialization of this is the Malicious Compliance, intentionally inflicting harm by strictly following the orders of a superior. This is bad, I know! But who could tell that they’ve not been there?

Here’s a story for you : In France, a few decades ago, during a very cold winter, a private, during his military service, was freezing his arse off at the entrance of a base, shift time. Imagine him holding his rifle, taping his foot on ice and snow. At one moment the base’s big boss nasty general came with his car and parked near the front desk, asking the duty little soldier this : “Private! Come here! My windshield is full of ice. I order you to throw a full bucket of hot water on it, at once!”. Of course, the little soldier opened the faucet and waited for the water to be boiling hot (malicious complicance!) before sparging it (at once) on the glass – which, of course, exploded immediately.

There’s a joy into this, right?

What we see daily, what we read daily, is passive-aggressive tone in words. This is very common these days. You just have to say something gentle, knowing (hoping?) that the other side will understand it’s sarcastic.

“Thank you for cleaning the table! It’s very kind!” to someone who did not, for example – instead of saying : “I’m sad that you didn’t clean it, we should talk about organization”.

…both mean exactly the contrary, right?

I really often read passive-aggressive speech on social medias. “Honestly he’s sooo talented it’s so amazing I’m so impressed”. A laughing emoji can help us realize this person writes the contrary of what they think.

Curiously, there’s no joy (at all) in writing the contrary of one thinks. It says : “I’m too weak to fight, and I’m afraid to say my truth”. It says : “As a matter of fact I don’t want to fix or change anything”. Passive.

But maybe one day someone will grow up, and won’t answer “Fine!”. They’ll answer : “This is not fine, let’s talk about it and decide together something”.

Maybe one day someone will grow up and answer : “I don’t like this, I’m not amazed, nor impressed – let’s find out why”. But now there’s a problem : it’s that the readers are SO used to passive-aggressive tone that they’ll think one just said the contrary! Damned!

Using a passive-aggressive behavior or tone in front of someone is to acknowledge the other one is stronger than you. 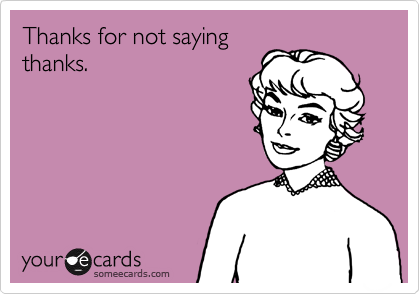