We all noticed it, but without words :

I was happy to discover there was a SubReddit for this :

For this statue, birds are everywhere (and men’s silhouettes for good measure) :

Of course this made me think of its structure, and asked myself where else it could be used :

“Add elements B of another nature/scale to A, to, by contrast, make the audience feel and understand, size or else of A”.

What if I used prose in a poem of verses? What if used jazz in seconds of an electronic music track? What if I used a photo in a part of a painting? What if in a classroom I…

Voilà! I let you think on this. Have a good day! 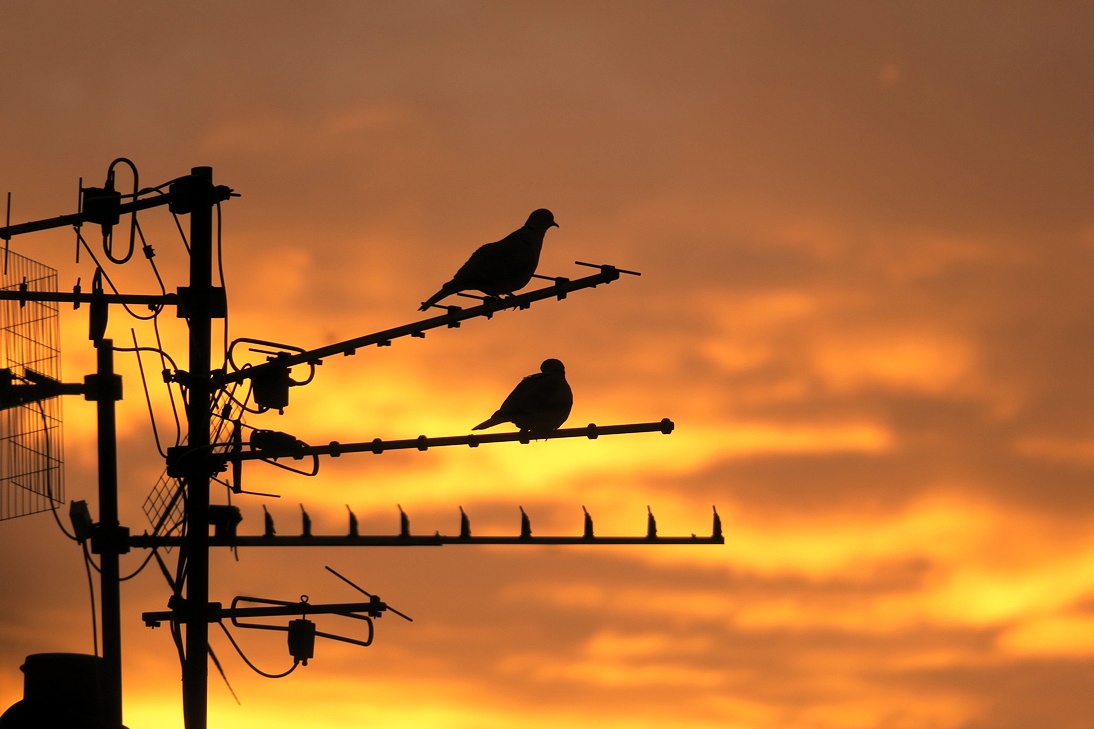 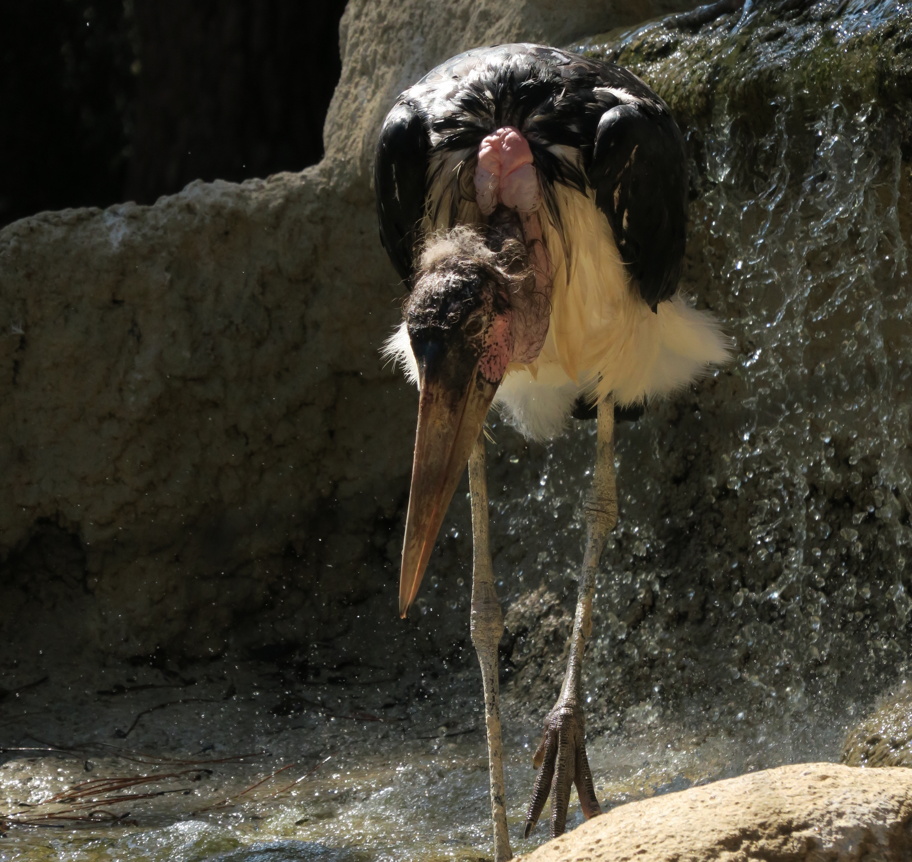 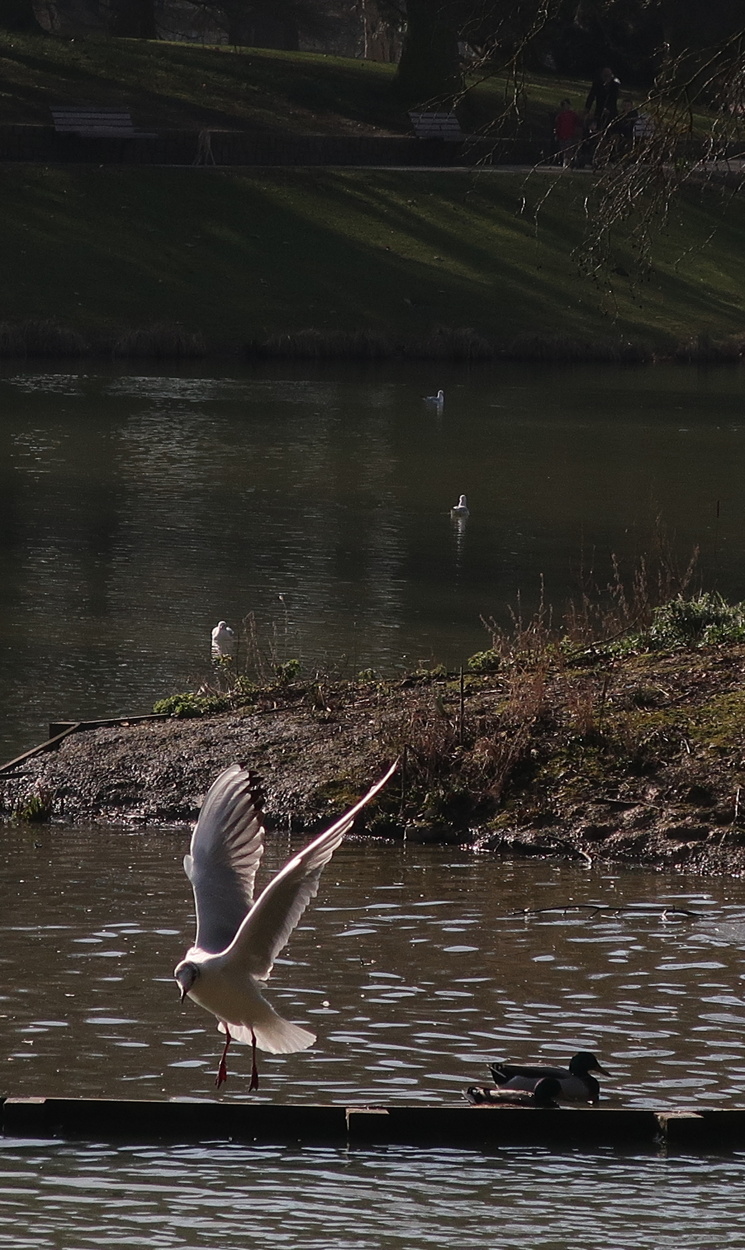 My working day finished at 6 PM today and I was surprised to find a little daylight when I was outside in the streets of Lille : “Hey, the days get longer…”.

Walking/smiling in the city dusk, I stopped suddenly : a big frightening swarm of birds was crossing the sky-street-cut over my head, like in Hitchcock’s “The Birds”. Waow!

I had to bike for like 20 minutes to go the the animal-hospital to get my Bidou diabetic cat 2 bags of his crusty catfood I ordered this week-end on the web. The night was coming and the air was strange.

Some days, it’s COLD but you feel the air is WARM, oui? I don’t know how to say it. In France we can say “The depth of the air is cold” (“Le fond de l’air est frais”). The contrary today : Cold but with a warmy depth.

I’m sure half of you understand this concept. Not if you were born in California or Florida. Kansas? Maybe.

And indeed, the birds felt it. As I was crossing a street I passed along a big set of trees. They were CROWDED with hundreds of screeching birds, invisible in the dark shadows. Frightening. Haunting. Big sound!

The night was there almost and I biked along, thinking about this chilly chilling thing in my chin : The End of the World is for soon.

In a way, we have a retained desire for catastrophes, right? One loves the cities-in-disasters scenes, from Godzilla to explosions, meteors or earthquakes. BAOUM!

Then I thought about Marguerite Yourcenar. She was a Belgian writer, and a great thinker. She says two things about romanticism. I rebuild this from my memory because I don’t need, here, to be exact.

One must be very romantic to dare calling for reason

Sometimes we’re romantic enough to hope for a disaster, and we don’t realise that it has already begun

I love thinkers, because they always find new ways to open a problem.

I met very few real thinkers in my life!

I wrote many articles about Paul Valéry and writing, typical-this.

The Polar Vortex (the big pocket of icy air above the North Pole) just split this week-end (as predicted – it’s global warming doing its thing). It’s a very big mess for the weather (and weathermen are hilariously excited and in a awe). We expect to have cold and shitty weather in Europa. Maybe we’ll be frozen next week? Gasp!

For America, it’s not sure. Half of this beasty continental pole-air pocket will attack the USA in ten days. But will it go to the East like in January? Or will it attack Washington, Oregon and California, letting the East in an Early Spring paradise? No weatherman knows today, it’s too early.

It WILL be a mess, though.

Watch the birds, guys! They know.

Pierre Rabhi is a French author who likes to tell the legend of the hummingbird, which I would tell like this :

Once upon a time an immense forest fire was watched by all the terrified and powerless animals. There was also a tiny hummingbird flying from a small pond to the fire, each time sparkling a few drops into the flame with its beak, and then again and again. The animals cried out “Hey you little fool, it’s not with your drops that you are going to stop the fire!”. To which the hummingbird replied, “Could be, but I do my part”.