I remember a scene from this movie, Sex, Lies and Videotapes, which won a Palme d’Or at the 1989 Cannes Film Festival. It was just a dialog between two characters, with a strange sound behind.

One would wonder what was this sound made of. Construction workers in the street behind the closed window, or abstract clinking soundtrack? It was disturbing, diverting and rerouting the whole scene : the dialog, the mood, the meaning of it. And thus… I never forgot it!

Yesterday I watched Dunkirk, the 2017 Christopher Nolan war film. Wiki says that the audio mixing team only was made of eight people!

One friend warned it to me before : the film puts you in a stress mode because of the SOUND. The music, textures, sound effects (including the fascinating Shepard_tone – which is an auditory illusion) are different. The stories (we follow three wires : on sea, in air, on earth) are kaleidoscoping. The movie sounds (helmet communication in planes, bullets impacts, bombs) are realistic (therefore you never hear them like that – excepted in Private Ryan). All this build a strong and effective symphony of war and survival. With oddness.

I wrote this article a long time ago to explain strangeization :

“Distort some elements to catch back the interest of the audience”

Have a strange punctuation. Use inappropriate music. Add dissonances. The purpose is manipulation, here.

MAYA : most-advanced-yet-acceptable/ …is the secret for success with strangeization. Disturb, but not too much, or you’ll lose your public with avant-garde nausea.

MAYA is here like the restraining operator of Strangeization

Why not using it today? Where? Poetry or Photography? What else? 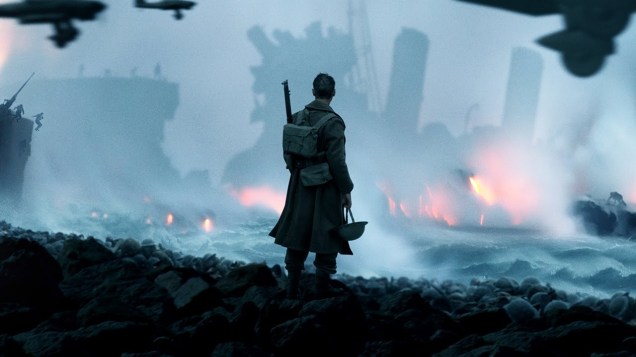 PS : I would love to add this : My father’s father died in this war. And his grandfather in WWI. He didn’t remember his father, his voice, nothing. Just a coffin. He was too little. In a way, I’ve the consequences of 39-45 in my flesh. And I remember his emotion when he told me about the tall American soldier who jumped from a tank and gave him a chewing-gum tablet. He was a little boy. You guys saved our asses. Thank you.