Awwwe “Netflix may be losing $192M per month from piracy”.

I had the response to this in my head, before reading in the thread :

“Something that people were never going to pay for is not a loss”.

Well, this is something I do understand. Do you?

I’m not attracted to Netflix or other faucets. I love movies though, and I torrent them a lot. And then if it’s good : I buy.

I don’t like the idea of faucets, in culture. I have CDs for music, thousands of books, and I own… walls of Blu-rays and DVDs. I’m old school, I’m sorry!

There are exceptions (I bought the Blu-ray box of Lady Bird, Manchester by the Sea and Phantom Thread, just because I loved the people around and read gorgeous reviews everywhere), otherwise : I buy when I watched and know it’s good.

Thus, what I downloaded and disliked I, indeed, trash & never buy. It’s piracy, if you want, but it’s absolutely not a “loss” for a company.

Netflix could police, and surveil, and limit the passwords sharing, I’m sure. They don’t and shouldn’t because these “thieves” could… like what they see, and sign up later…

And as we talk about “studies”, some many others always showed this : the more people download (out of official faucets), the more they buy culture. It’s about curiosity, right?

I loved Stranger Things a lot, and I wanted to buy both seasons in Blu-ray. Nope : they don’t exist! You can buy the soundtrack, and stupid Pop Figures, that’s all (except for the Target limited edition – only in the USA). I understand it’s some kind of pressure to subscribe to Netflix, but, well, I don’t like faucets, I don’t like pressure either. 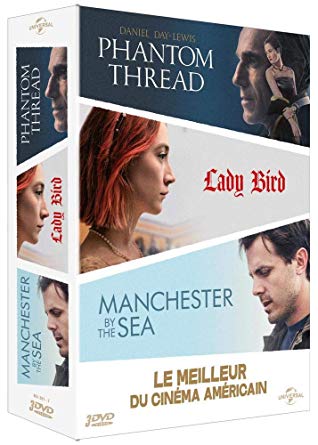 There are so many ways to choose a movie! As some say, Netflix‘s robots are clever enough to suggest you new movies you’d like. Good.

As I don’t really move with the times, I like to choose, therefore I don’t watch any “Channels”. So I build “chain of movies”.

This game says : choose a movie, then find any link to another movie which will be the next.

Some chains are obvious : same director, or same year. Those are easy (all Bergman’s movies, all 1961 movies, all Ava Gardner movies) but you quickly dead end, right?

Chose directors of photography – you can then talk or think about the light in the movies. Reading books, watching the bonuses… Culture.

One of my best travels : Adaptations of Tennessee Williams plays at the cinema (Entertainment made a page on this : http://ew.com/gallery/tennessee-williams-movies/ )

Increase freedom : invent a new link after each movie.

From the last Star Wars you can watch Looper (same director), or Paterson (Actor : Adam Driver). After Patterson, another Jarmusch : Only Lovers Left alive… Ending in Morocco… Hmmm?

Stay with an Actress a few movies long (Emily Blunt). Stop with Edge of Tomorrow. Appreciate the light (Dion Beebe is the Director of Photography). Therefore watch Collateral (double link: Tom Cruise), the great Memoirs of a Geisha (music composed by John Williams : great! – He’s old therefore you can explore the past : go to Sugarland Express).

Choose the composer, but also the State. Thus, you could spend a month watching movies happening is West Virginia or… Tuscany, right?

OK, t’was my game. It’s an artifice to discover movies you wouldn’t have thought of.

Mmhh… How to organize things to get lost on purpose… in order to discover newness. OK.