There are spoilers here by the way, so beware…

The first new Star Wars was very “full of respect”, and people complained a little about it. Like a too proper remake of Episode IV. I liked it!

Then the second one (Last Jedi it is) was much more inventive, and people screamed. “Too different!”. Pfff…

The truth is… it’s entertainment. So breathe and let’s relax your glans, buddy!…

I wrote an article about this. The director is pretty smart, and he sewed his film with many many indications saying : Do. Not. Be. So. Serious.

A little pattern in Star Wars VIII The Last Jedi

When miss purple hair in The Last Jedi decides to sacrifice, she launches light speed then hit the vilain’s big ship. BIM. In silence. This has a tremendous effect!

Because yes in all Star Wars movies you hear vessels passing by (brrrmmmmmm), you hear blasters and lasers, pioooooo, zaaaaaap, etc, but that’s nonsense, because in space, there’s no air, thus NO SOUND. Nothing. Silence. Eternal.

Two films understood this : Serenity (which is a great little filmdirected by the Avengers guy : Joss Whedon), and Gravity, by A. Cuaron.

When terrible things happen in space in these movies, you hear just fucking NOTHING.

And, dang : that’s much much more effective.

Like in the sacrifice scene in the Last Jedi.

What does that mean, tell me? Less is more?

Today I’d like to thank Ralph McQuarrie (1929-2012), the illustrator who invented visuals for Darth Vader, Stromtroopers, R2-D2 & C-3PO, Chewbacca, the Cloud City and the AT-AT Walkers. Well, that’s not nothing!! 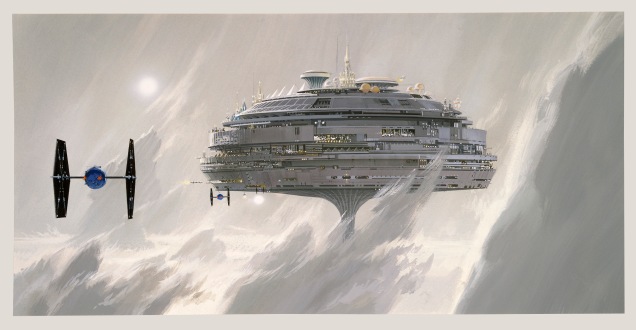 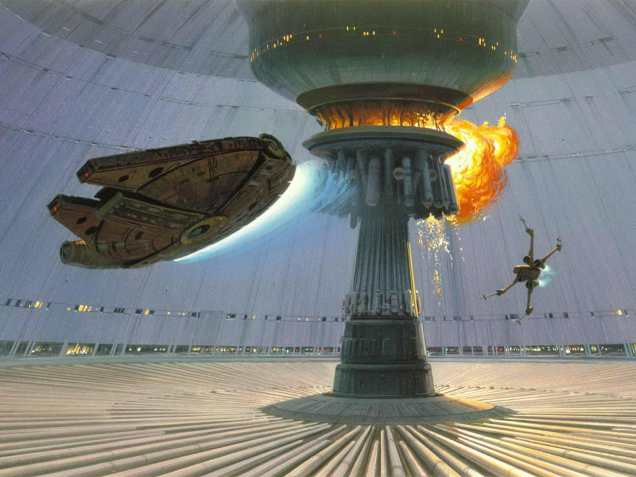 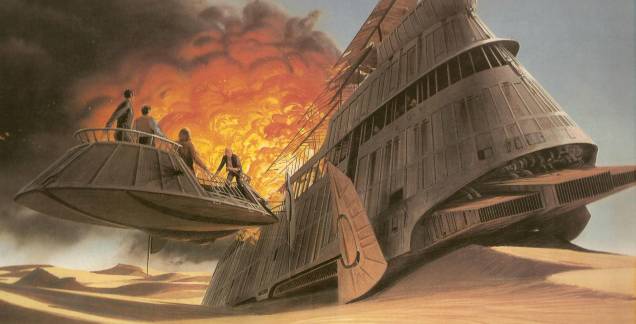 Reading interviews of Valery Gergiev, a famous conductor, who plays the best orchestras of the world (this position is always interesting : these guys are intense, constantly trying to improve things, and they work with the best musicians – I love their problematics).

He says that each time big orchestras have to play classical classics, like symphonies of Beethoven, he tries different little things, to prevent the bore, to discover things, etc.

This can be pushed very far – the question of interpretation is fascinating. He tells that one day Leonard Bernstein were in Russia in front of young people, an orchestra made of beginners. And it was amazing because he tried many things with them, for example in the pace, for the reasons you are pleased to imagine (to keep the team focused, to try things, to push limits, to impress, to experiment?). Swell!

The infinite pleasure of classical music has many sources, but one of them is to compare interpretations. Take Beethoven : gorgeous as Karajan, as one man as Fürtwangler, feline as Kleiber, slow, transparent, baroque?

I’m interested here in this pattern : When something is “too well known” and you have to put the cat among the pigeons.

– we say in French : to throw a cobblestone in the pond, or to shake the coconut tree, does it make sense?

In big mainstream movies like Star Wars or Marvel, you feel they… are aware the problem too.

If you want to maintain something (interest thus money), you have to “increase something”, each time.

Relaunching Star Wars was a good source of fun. Read the forums’ comments. The new films are “too respectuous” and “too shy”, or in the last one “too far from the basis”.

They try things, and that’s fun.

In the last one (The Last Jedi), they did something very smart. Instead of being funnier, or bigger, or wilder, they just sewed maturity in the middle of this mess. They constantly say in the movie : “Hey, fantard, don’t be so serious!”.

Therefore the key of the movie became Luke throwing the saber over his shoulder. Smart move, Luke, thank youuuu!

You can also read :

A Matter of Levers

“Reorganizing from the Night” : Comparing Versions in Classical Music

Could it be a special Peter Principle?

Did we lose the guys for good cinema? Why?

When the “greatly anticipated” second trilogy began in 1999, I remember a splendid interview of George Lucas – criticized for writing and characters (oh Jar Jar Binks…) – who really blew a fuse, telling that he was not a god, that he did what he can, and that it was just a movie! It was really a “If you’re not satisfied with it, good to you!”. I loved that! I could imagine the pressure on his back…

Hardcore fans, people who really want to make a Jedi religion, plus the Internet, are like a boiling crowd. If a new Star Wars is too close of the beginning, it’s bad. If it’s too adventurous, it’s bad. Why so serious?

Yesterday I watched the new Star Wars (The Last Jedi), and I found a little pattern, a vector-motto. If you don’t want to be spoiled, don’t read the rest!

“The greatest teacher, failure is”…

I’m sure I could find much more. It’s a constant pattern here :

“Don’t be that serious, silly!”

I would add : these are just movies, let’s have fun. 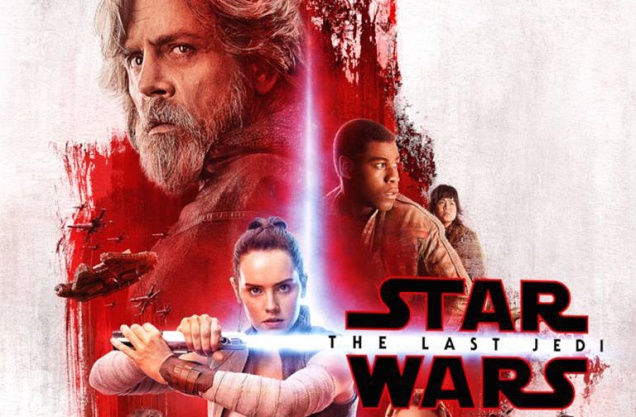 Why do I feel a slight nausea when I see BB-8 with a Santa Claus Hat or the death star covered with snow?

The concept of Comfort Zone is useful. Inside this (we all need that, right?), we’re easy and happy, like a sleeping baby. We have all we need, that’s COOL. You absolutely don’t have to explore the outside : it’s unknown, maybe dangerous, blah blah blah, and you could discover things…

If you’re an adult and you love Harry Potter, Disney, Star Wars and all the marketing around it (Pop Figures, Lego, etc) and you have plenty of money, I see you live in total and uninterrupted paradise. For your own happiness, you just have to visit stores. Then, as a good target you are, you’ll go from one “Oh! Ah!” to “Woaw that’s cool! I want it!”.

EVERYTHING there is ready for you and for your bliss : Lego Star Wars Advent Calendars, Harry Potter Hogwarts Houses Goodies (scarves, tee shirts, etc), Disney Consumer Products (you’ll find plenty of elements of their targeting processes on the web, for example here : https://www.marketing91.com/marketing-strategy-walt-disney/ ). I told you : it’s paradise!!

Happiness in idiocy is exactly what the system needs from you. Consent, obedience, servitude.

“Come on! Live with your time!”

Yes, well : NO. I have another comfort zone, which is, in culture, I hope, a little larger. I’ll watch the new Star Wars for sure, and Blade Runner 2049 was great, but this week I read an interview with Lenny Bernstein about the Rite of Spring, tweets by Taleb, articles by Serge Daney or Pasolini, talked about dreams or creativity about Valéry (poet), realism (or not, cf Sorolla) in Zorn’s paintings, Sander’s links with Walker Evans (photographer), or symbols analyzed by Durand (anthropologist who liked Bachelard). Tonight I’ll probably watch… The Servant, by Losey. A good way to think about this, right?

And I’d hang myself if I had to watch cartoons while I coffee in the morning!

Argh! Bloody hell! I just realized that my comfort zone was… to expand mine. 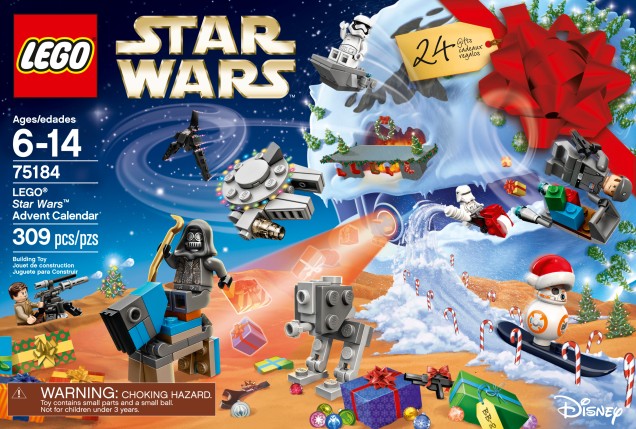 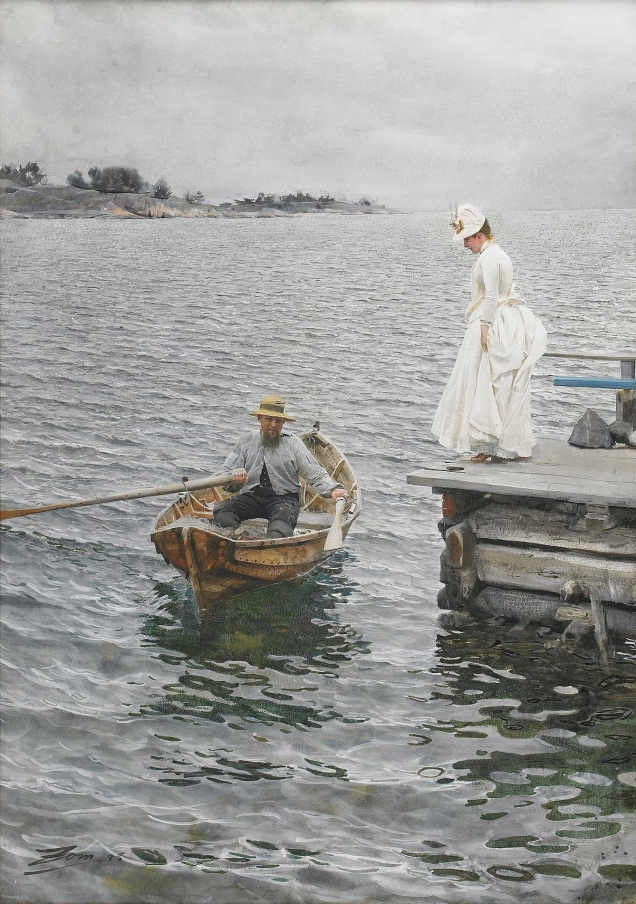 This article is not an article, it’s a question :

How does it feel to be a target?

Happiness? You buy? What’s the part of “Oh well, they got my money : I have a $20 stormtrooper salt shaker now…”? Is this cool? What about this little Pop thing on your desk? Is it just “cute”, or is it “cute, but, all right, it $30 of crappy plastic”?

Well, I almost had a little crush for the shakers, ohlalaaaaa…

Marketing, it is what it is.

But Geek Marketing is like more terrible to watch (why?). You see human beings “happy to buy” this “mainstream but no-mainstream” shit, from Funko Pop to Walking Dead comics (162 issues today), from Goth subculture clothes & things from the Star (Wars or Trek?). Eeeeeekkkk!

Tool : Obey : buy this Jack Skellington Pop, this Hello Kitty purse, and this 700$ Falcon Millenium Lego. Obey (all these things are very cool). 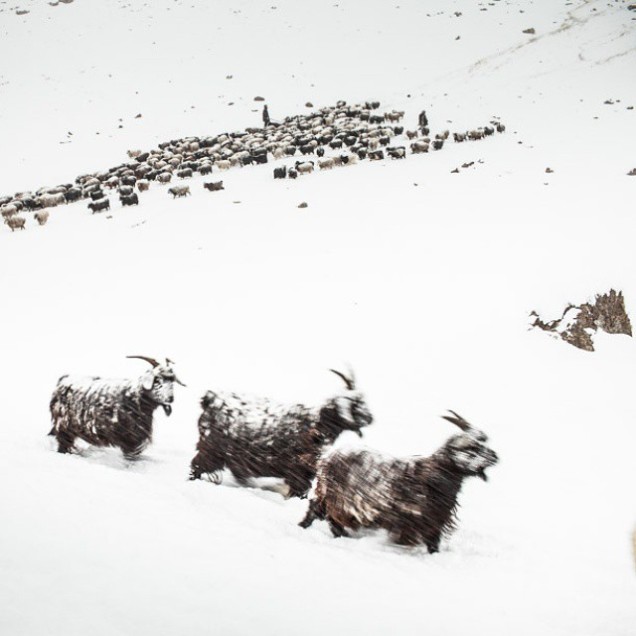 I think there’s a perfect age to watch some movies. I met people who showed Jurassic Park or Harry Potter to terrified 5 years old kids. No good !! Mais enfin !

My father took me by the hand at the age of ten, to see Stars Wars a New Hope, in 1977. He was 40. No internet, no trailers, it was a full pure discovery for me, and I remember this as if it was yesterday.

Now kids watch these movies on big TVs, they know things about Vader, Luke, Yoda and so on, I suppose, they saw photos, and trailers, it’s no big deal, it’s just different.

Today I went to the theater to see Rogue One – A Star Wars Story, which happens “just before” a New Hope. I loved it so much ! The casting is great, but also the music, the battles, and the mood of the seventies is present, without being sarcastic or retro. I found it real and delightful.

This movie happens just before A New Hope… which is exactly my mood these days.

Hope, loss, old promises. This is a little solemn, right ? My next blog article will be about this ! Back on inventing tools for you.

Have a nice day. Thanks for reading !